Nicholas Haemel has led 3D graphics hardware/software architecture design and development for eight years at ATI and AMD, and contributed to OpenGL standards 3.0, 3.1, 3.2, and 3.3.

Graham Sellers is a manager in the OpenGL group at AMD and leads a team of OpenGL software developers working on AMD's OpenGL drivers. He represents AMD at the ARB, has authored many OpenGL extensions, and contributed to the OpenGL 3.2, 3.3, and 4.0 specifications.

Benjamin Lipchak, Software Engineering Manager at Apple, leads a team working on graphics developer technologies and benchmarks, and is responsible for OpenGL ES conformance of iPhone and iPod touch. He formerly managed an OpenGL ES driver team at AMD and led the Khronos OpenGL ecosystem group, where he established the OpenGL SDK and OpenGL Pipeline newsletter. 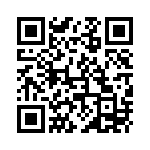