M. ANNE KATZENBERG, received her Ph.D. in anthropology from the University of Toronto in 1983. She holds a university professorship at the University of Calgary(Department of Archaeology). Her research interests include diet and health in past peoples, and in particular, she explores the various applications of stable isotope analysis to reconstructing paleodiet, paleodemography, and ecology. She serves on the editorial board of the Yearbook of Physical Anthropology and is the vice-president of the Paleopathology Association. In 2003, she was elected to the Royal Society of Canada. She serves as a consultant in forensic anthropology for the Medical Examiner of Alberta (southern division). Recent publications include “Identification of historical human skeletal remains: a case study using skeletal and dental age, history and DNA” International Journal of Osteoarchaeology, 2005, with G. Oetelaar, J. Oetelaar, C. Fitzgerald, D. Yang, and S.R. Saunders, and “Skeletal Biology: Great Lakes Area,” Handbook of North American Indians, Volume 3, 2006, edited by D.H. Ubelaker. She is co-editor, with Stanley Ambrose of Close to the Bone: Biogeochemical Approaches to Paleodietary Analyses in Archaeology (Plenum Press, 2001).

SHELLEY R. SAUNDERS, received her Ph.D. in anthropology from the University of Toronto in 1977. She is currently a professor in the Department of Anthropology, McMaster University, and the director of the McMaster Anthropology Hard Tissue and Light Microscopy Laboratory. Her research covers microscopic and macroscopic human dental and skeletal growth and development, dental pathology, and methods of sex and age estimation from teeth and bones. She holds a Canada Research Chair in Human Disease and Population Origins and is the founder of the McMaster Ancient DNA Centre. She is also North American editor of the International Journal of Osteoarchaeology and was elected to the Royal Society of Canada in 2001. Recent publications include the coauthored article, “Health of infants in an Imperial Roman skeletal sample: perspective from dental microstructure,” American Journal of Physical Anthropology, 2006, and “Sexual dimorphism of the dental tissues in human permanent mandibular canines and first premolars,” American Journal of Physical Anthropology, 2007, with A.H.W. Chan, B. Kahlon, H.F. Kluge, and C.M. FitzGerald. 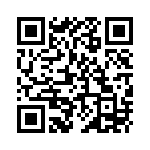