Colin Baker is Emeritus Professor of Education at Bangor University. He has three bilingual children and has given talks for over 20 years to parents and teachers on bilingualism. His many publications on bilingualism include Foundations of Bilingual Education and Bilingualism, which has been translated into Japanese, Spanish, Latvian, Greek and Mandarin and is now in its 5th edition (2011). 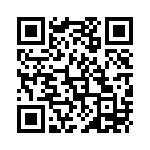