Walter D. Mignolo is William H. Wanamaker Professor and Director of Global Studies and the Humanities at the John Hope Franklin Center for International and Interdisciplinary Studies at Duke University. His recent publications include Local Histories / Global Designs: Coloniality, Subaltern Knowledges and Border Thinking (2000) and The Darker Side of the Renaissance: Literacy, Territoriality and Colonization (1995). He is founder and co-editor of the journal, Disposition, and co-founder and co-editor of Nepantla: Views from the South. 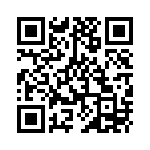