This is an interesting factual look at a story many of us has come to know through fictional accounts. Pocahontas did marry John Rolfe, but probably did not convert to Christianity or visit England ... Read full review

Famous in American legend as the Indian woman who saved and then married Captain John Smith of Jamestown, Pocahontas has often been a symbol of the capitulation of Native America to British ... Read full review

Camilla Townsend lives in Hamilton, New York, and is an associate professor of history at Colgate University. She is the author of Tales of Two Cities: Race and Economic Culture in Early Republican North and South America. 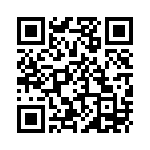