Good reading. This book will give you a new perspective of the beautiful human being Warren Miller

Andy Bigford has spent 30-plus years in the publishing and media business. He is the former editor-in-chief and publisher of SKI Magazine and general manager of Warren Miller Entertainment. He lives in the mountains above Boulder, Colorado.

Warren Miller was born in Hollywood, California on October 15, 1924. He learned to ski as a Boy Scout on trips to the San Gabriel Mountains. In 1942, he enrolled in a naval officers' training program at the University of Southern California, where he studied astrophysics. He left to serve in the Pacific during World War II. He was discharged in 1946, bought his first movie camera with a $100 Navy bonus, and headed for Sun Valley, Idaho. He worked as a ski instructor and filmed skiing footage. This lead to him becoming a filmmaker. His movies, including Deep and Light, Steep and Deep, and Escape to Ski, introduced skiing and snowboarding to a wide audience. He founded the film company Warren Miller Entertainment, which he ran for four decades and sold in 1989. His autobiography, Freedom Found, was published in 2016. He also wrote a weekly column about the outdoors for several small newspapers in the West. He died on January 24, 2018 at the age of 93. 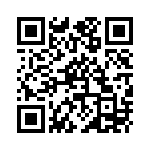