Balko warrior cop The old "Castle doctrine" (A man's house is his castle) is now broken, no knock warrants and raids have become common. Maybe too rosy view of self-governing communities depending on ... Read full review

Radley Balko is an investigative journalist and reporter at the Washington Post. He currently writes and edits the Watch, a reported opinion blog that covers civil liberties and the criminal justice system. He is the author of the 2013 book Rise of the Warrior Cop: The Militarization of America's Police Forces, which has won widespread acclaim, including from the Economist, New Yorker, Wall Street Journal, and Publishers Weekly, and was named one of the best investigative journalism books of the year by the Nieman Foundation at Harvard University.

Since 2006, Balko has written dozens of pieces on Hayne, West, and Mississippi's forensics disaster. His January 2013 investigation, "Solving Kathy Mabry's Murder: Brutal 15-Year-Old Crime Highlights Decades-Long Mississippi Scandal," was one of the most widely read Huffington Post articles of 2013. In 2015, Balko was awarded the Innocence Project's Journalism Award, in part for his coverage in Mississippi. 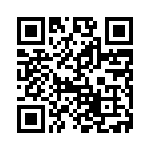