If I had to teach biology, this book would offer an important insight into the history of the field. I could assign portions for students to read about and report on. Read full review

Microcosm is a history of E. coli but more than that, it’s a history of modern biology. So much of what we do in the lab today depends on these little bacteria that looking at biology through the lens ... Read full review

Carl Zimmer writes about science for The New York Times, and his work also appears in National Geographic, Scientific American, and Discover, where he is a contributing editor. He won a 2007 National Academies Communication Award, the highest honor for science writing. He is the author of five prevcious books, including Evolution: The Triumph of an Idea and Parasite Rex, for which he has earned fellowships from the John Simon Guggenheim Memorial Foundation and the Alfred P. Sloan Foundation. Zimmer also writes an award-winning blog, The Loom. He lives in Connecticut with his wife and children. 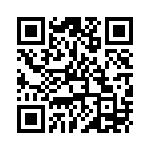