Richard Sakwa is Professor of Russian and European Politics at the University of Kent and an Associate Fellow of the Russia and Eurasia Programme at the Royal Institute of International Affairs, Chatham House. 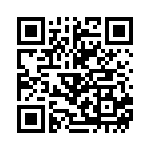