Secondary school, public, and academic libraries will welcome this excellent one-volume encyclopedia. The 300 or so articles, which focus on places, persons, or themes, are frequently several pages ... Read full review

RANDALL M. MILLER is Professor of History and Director of American Studies at St. Joseph's University in Philadelphia. He is Editor of the Pennsylvania Magazine of History & Biography and the author or editor of ten books, including the award-winning Dear Master: Letters of a Slave Family (1978). His most recent book is Ethnic & Racial Images in American Film & Television (1987). His articles have appeared in American Heritage, Business History Reviews, Phylon, Southern Studies, and elsewhere.

JOHN DAVID SMITH is Associate Professor of History at North Carolina State University. His books include Window on the War: Frances Dallam Peter's Lexington Civil War Diary (co-edited with William Cooper, Jr., 1976), Black Slavery in the Americas: An Interdisciplinary Bibliography, 1865-1980 (2 vols., Greenwood Press, 1982) and An Old Creed for the New South: Proslavery Ideology and Historiography, 1865-1918 (Greenwood Press, 1985). His articles have appeared in Civil War History, The Journal of Negro History, Phylon, and numerous other scholarly journals. 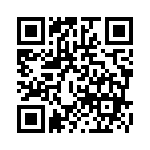