Babi Yar is a ravine near the city of Kiev where the Nazis massacred thousands of Jews during World War II, primarily shooting them as they stood naked on the edge of the ravine. The author was a 12 ... Read full review

Babi Yar was included on so many Top 100 lists that I was intrigued, and I can't say I was disappointed in the book, but it wasn't the gripping expose I'd expected. The free-flowing structure makes ... Read full review

Anatoly Kuznetsov (1929-1979) was a Soviet writer best known for Babi Yar, a documentary novel that described his experiences as a child in German-occupied Kiev, Ukraine and his observations of the massacres that took place nearby. As an adult, chafing under Soviet censorship, Kuznetsov defected from the Soviet Union and continued to publish under the pseudonym A. Anatoli. 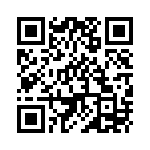