Lotte Motz, PhD, has taught at the City University of New York and the University of Wisconsin. She has written widely on Germanic mythology and literature, and is currently living in the UK. 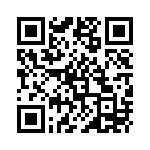