Actually I gave this book 5 from 5 its attractive, ideal and make the reader in suspense. And by the way, if own a difficulty reading a book that's 280 or 500 I like to suggest you a piece of great news subscribe to my channel on youtube and early you will know the good news
I promise

Page 165 - I could be invisible!' I said, suddenly realizing what it meant to be an albino with such knowledge. It was overwhelming. I left the filtering I was doing, and went and stared out of the great window at the stars. 'I could be invisible!' I repeated. "To do such a thing would be to transcend magic. And I beheld, unclouded by doubt, a magnificent vision of all that invisibility might mean to a man,— the mystery, the power, the freedom. Drawbacks I saw none. You have only to thinkl And I, a shabby,...
Appears in 22 books from 1897-2006
Page 225 - Not wanton killing, but a judicious slaying. The point is they know there is an Invisible Man — as well as we know there is an Invisible Man. And that Invisible Man, Kemp, must now establish a Reign of Terror. Yes — no doubt it's startling. But I mean it. A Reign of Terror. He must take some town like your Burdock and terrify and dominate it. He must issue his orders. He can do that in a thousand ways — scraps of paper thrust under doors would suffice.
Appears in 24 books from 1897-2006
More
Page 270 - When at last the crowd made way for Kemp to stand erect, there lay, naked and pitiful on the ground, the bruised and broken body of a young man about thirty. His hair and beard were white,— not grey with age, but white with the whiteness of albinism, and his eyes were like garnets. His hands were clenched, his eyes wide open, and his expression was one of anger and dismay. "Cover his face!" said a man. "For Gawd's sake, cover that face!
Appears in 32 books from 1897-2006
Page 163 - Oil white paper, fill up the interstices between the particles with oil so that there is no longer refraction or reflection except at the surfaces, and it becomes as transparent as glass. And not only paper, but cotton fibre, linen fibre, wool fibre, woody fibre, and bone, Kemp, flesh, Kemp, hair, Kemp, nails and nerves, Kemp, in fact the whole fabric of a man except the red of his blood and the black pigment of hair, are all made up of transparent, colourless tissue. So little suffices to make us...
Appears in 14 books from 1897-2008
Page 13 - Everything was ruddy, shadowy, and indistinct to her, the more so since she had just been lighting the bar lamp, and her eyes were dazzled. But for a second it seemed to her that the man she looked at had an enormous mouth wide open, — a vast and incredible mouth that swallowed the whole of the lower portion of his face. It was the sensation of a moment : the white-bound head, the monstrous goggle eyes, and this huge yawn below it.
Appears in 8 books from 1897-2006
Page 218 - The more I thought it over, Kemp, the more I realised what a helpless absurdity an Invisible Man was,— in a cold and dirty climate and a crowded civilised city. Before I made this mad experiment I had dreamt of a thousand advantages. That afternoon it seemed all disappointment. I went over the heads of the things a man reckons desirable. No doubt invisibility made it possible to get them, but it made it impossible to enjoy them when they were got.
Appears in 12 books from 1897-2006
Page 11 - Thanks," he said concisely, as she put them down, and turned his shoulder upon her and stared out of the window again. It was altogether too discouraging. Evidently he was sensitive on the topic of operations and bandages. She did not "make so bold as to say," however, after all. But his snubbing way had irritated her, and Millie had a hot time of it that afternoon. The visitor remained in the parlour until four o'clock, without giving the ghost of an excuse for an intrusion. For the most part he...
Appears in 9 books from 1897-2006
Page 204 - I never thought of that," said Kemp. "Nor had I. And the snow had warned me of other dangers. I could not go abroad in snow — it would settle on me and expose me. Rain, too, would make me a watery outline, a glistening surface of a man — a bubble. And fog — I should be like a fainter bubble in a fog, a surface, a greasy glimmer of humanity. Moreover, as I went abroad — in the London air — I gathered dirt about my ankles, floating smuts and dust upon my skin.234 I did not know how long it...
Appears in 11 books from 1897-2006
Page 160 - But consider: Visibility depends on the action of the visible bodies on light. Either a body absorbs light, or it reflects or refracts it, or does all these things. If it neither reflects nor refracts nor absorbs light, it cannot of itself be visible. You see an opaque red box, for instance, because the colour absorbs some of the light and reflects the rest, all the red part of the light, to you. If it did not absorb any particular part of the light, but reflected it all, then it would...
Appears in 7 books from 1897-2008
Page 16 - Indeed, sir," said Mrs. Hall, much impressed. " And my baggage contains apparatus and appliances." " Very useful things, indeed, they are, sir," said Mrs. Hall. " And I 'm naturally anxious to get on with my inquiries." " Of course, sir." " My reason for coming to Iping," he proceeded, with a certain deliberation of manner, " was — a desire for solitude. I do not wish to be disturbed in my work. In addition to my work, an accident — " "I thought as much,
Appears in 6 books from 1897-2006
Less

A key figure in the development of science-fiction literature, Herbert George Wells was a prolific British writer. After a stint as a schoolteacher, Wells crafted a series of inventive novels during the 1890s, including The Time Machine and The Invisible Man, depicting technological advancements and their dramatic ramifications. Shortly after his dark, dystopian 1898 novel, The War of the Worlds, Wells shifted to less fantastical fare, but his sci-fi tales represent his ongoing legacy. 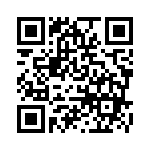