K A Kitchen is currently Brunner Professor of Egyptology in the University of Liverpool, where he has taught for 38 years. During that time, he has worked extensively in Egypt, recording the texts for the hieroglyphic edition of "Ramesside Inscriptions, I-VIII" (Blackwell, 1969-1990), that is the basis for the "Translations" and "Notes and Comments" volumes now being issued. He has also produced a major book on Egyptian chronology for later Egypt (1100-650 BC), a classic popular "Life and Times" of Ramesses II, and a comprehensive Catalogue of the notable Egyptian collection in Rio de Janeiro; other books on archaeology and the Bible; and recently the first of a series on Ancient (pre-Islamic) Arabia, besides innumerable articles and reviews. He has lectured worldwide in these various spheres of enquiry. 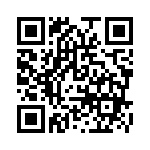