Oh don't be pretentious . . . it's fun! It's also all good. The ability to relate thought and thinking not only to the issues of today, but to the contemporary inculturated expressions of that thought ... ŢŃÇÁÉ ÇáĘŢííă ČĂßăáĺ

WILLIAM IRWIN is Associate Professor of Philosophy at King's College, Pennsylvania. He has published several articles on theory of interpretation and aesthetics, as well as four books, including Intentionalist Interpretation: A Philosophical Explanation and Defense (Greenwood, 1999). 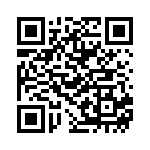