This book is set years before [book: The King's Peace], and focuses on several characters mentioned only in passing. Like many fantasy heroines, Emer yearns to prove her mettle in battle--although ... Read full review

I adore this book; it's full of just my favourite kind of claustrophobic relationships and resigned refusal-to-be-resigned-to-fate. I like Conal, Emer and Elenn better than Ferdia, but still feel ... Read full review

Jo Walton comes from Wales but lives in Montreal, where the food and books are much better. She writes science fiction and fantasy, reads a lot, talks about books, and eats great food. She plans to live to be ninety-nine and write a book every year. 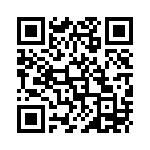