Howard Ball is professor emeritus of political science at the University of Vermont. He specializes in civil liberties, civil rights, constitutional law, and American government. He is the author or co-author of over thirty books, including Of Power and Right: Hugo Black, William O. Douglas, and America's Constitutional Revolution and The Supreme Court in the Intimate Lives of Americans. 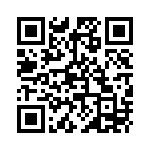