Reviewed by Me for TeensReadToo.com
At seventeen, Livy James realized long ago that her childhood was anything but normal. The only child of Paul James, lead singer of the band the Babydolls, and Anna James, one of the band's former backup singers, Livy spent most of her younger years surrounded by music, drugs, and alcohol. Now she's working for the magazine Rock On, following the Babydolls around the country and writing pieces for all the world to read.
The Babydolls are all older, but thanks to one of their songs being played in a hit movie, they're now on an International Tour along with The Wolves, their opening act. Everyone's there--dad Paul, who is currently drug-free and sober; her father's bodyguard/driver Toby Quinn, who has always been more of a father to Livy than Paul; lead guitar player Greg Essex, who still downs Jack Daniel's like it was water and who also happens to be her mother's ex-boyfriend; womanizer Steve Zane; and the band's drummer, Charlie, who is still in love with ex-wife number three.
Livy's mother is along for the ride, too, of course, along with Livy's own best friend, Cammie. As Cammie sets out to bed Steve Zane to complete Operation V, things become a little more complicated when the girls meet Nick and Kai, the lead members of The Wolves. Livy has always sworn to herself that she would never get involved with a musician of any type, but Nick is proving a worthy adversary to her self-made rule.
Add to the mix the infamous "Night In Paris", a night several years ago when the band disintegrated after Greg pulled a gun on Paul, and the tour becomes a veritable circus. As Livy seeks to uncover the truth about what happened all those years ago, she learns a few things about herself along the way--namely, that love has no boundaries, that parents are tricky creatures with their own hurts, wants, and needs, and that truth is subjective.
I loved ROCK MY WORLD! At times funny, poignant, and downright sad, it's the story of learning to be your own person, that truth isn't black or white, and that love comes at the most unexpected times.

Liza Conrad is a pseudonym for Erica Orloff, author of such books as Diary of a Blues Goddess, Mafia Chic, and Spanish Disco. 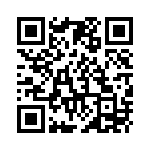