The Selfish Gene is enough of a classic that it can still be read, understood and enjoyed today. But this follow-up has aged badly. Much of the information is outdated and large sections of the book ... Read full review

This book followed The Selfish Gene and is generally considered a more rigorous treatment of the same theme: that the gene, not the organism or species, is the “unit” of natural selection. I’m not ... Read full review

Professor Richard Dawkins is one of the most influential science writers and communicators of our generation. He was the first holder of the Charles Simonyi Chair of the Public Understanding of Science at Oxford, a position he held from 1995 until 2008, and is Emeritus Fellow of New College, Oxford. His bestselling books include The Selfish Gene (1976), The Extended Phenotype (1982) and its sequel The Blind Watchmaker (1986), River Out of Eden (1995), Climbing Mount Improbable (1996), Unweaving the Rainbow (1998), A Devil's Chaplain (2004), The Ancestor's Tale (2004), and The God Delusion (2007). He has won many literary and scientific awards, including the 1987 Royal Society of Literature Award, the 1990 Michael Faraday Award of the Royal Society, the 1994 Nakayama Prize for Human Science, the 1997 International Cosmos Prize, and the Nierenberg Prize for Science in the Public Interest in 2009. 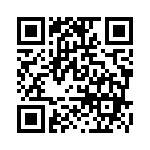