Adorno, a leading member of the Frankfurt school, often expressed himself in prose of daunting complexity. As he showed after his return to Germany following World War II, he was also capable of ... Read full review

Theodor W. Adorno (1903-1969) was one of the most important thinkers of the twentieth century. He is the author of such seminal works as Minima Moralia, The Philosophy of New Music, and, with Max Horkheimer, The Dialectic of Enlightenment.

Lydia Goehr is professor of philosophy and aesthetic theory at Columbia University. She is the author of The Imaginary Museum of Musical Works: An Essay in the Philosophy of Music and The Quest for Voice: Music, Politics, and the Limits of Philosophy. 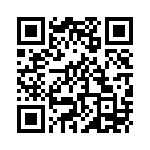