Long-Solís is a Research Associate at the Institute of Historical Studies, Universidad Nacional Autónoma de Mexico. 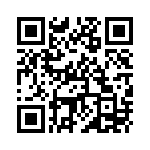