Rosemary Barrow was Reader in Classical Art and Reception at the University of Roehampton, at the time of her death in 2016. She had previously held academic positions at King's College London and the University of Bristol. She was the author of Lawrence Alma-Tadema (2003), The Use of Classical Art and Literature by Victorian Painters, 1860912: Creating Continuity with the Traditions of High Art (2007), and The Classical Tradition: Art, Literature, Thought (2014), co-authored with Michael Silk and Ingo Gildenhard.

Michael Silk is Emeritus Professor of Classical and Comparative Literature at King's College London, Adjunct Professor in the Department of English and Comparative Literature at University of North Carolina, Chapel Hill, and a Fellow of the British Academy. From 1991 to 2006 he was Professor of Greek Language and Literature at King's College London; between 2003 and 2007 he held Visiting Professorships at Boston University. He has published extensively on poetry, drama, thought and theory in antiquity and the modern world, from Homer to Virgil, Nietzsche to Aristotle, Shakespeare to Ted Hughes. 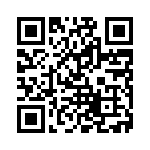