4 pages matching Hit's in this book

This is one of Lee Smith's better books. I believe that the struggle between Appalachian religious beliefs and the love of popular music was accurately portrayed. The characters were interesting and believable. Read full review

Smith uses a multi-generational approach to show us the uneasy relationship between popular traditional music and religion in the Appalachian area. Beginning in the 1830s with the marriage of a ... Read full review

Lee Smith is a novelist, short story writer, and educator. She was born in 1944 in Grundy, Virginia. Smith attended Hollins College in Roanoke, Virginia. In her senior year at Hollins, Smith entered a Book-of-the-Month Club contest, submitting a draft of a novel called The Last Day the Dog Bushes Bloomed. The book, one of 12 entries to receive a fellowship, was published in 1968. Smith wrote reviews for local papers and continued to write short stories. Her first collection of short stories, Cakewalk, was published in 1981. Smith taught at North Carolina State University. Her novel, Oral History, published in 1983, was a Book-of-the-Month Club featured selection. She has received two O. Henry Awards, the Robert Penn Warren Prize for Fiction, the North Carolina Award for Fiction, the Lila Wallace/Reader's Digest Award, and the Academy Award in Literature presented by the American Academy of Arts and Letters. 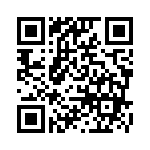