After a premature start to life on a bathroom floor in London, Pete Townsend decided to become a writer during a maths lesson at Primary school. His literary career eventually began as a bedroom furniture salesman, quickly followed by a stint in TV sales, a textile factory and two hours on abuilding site. After three years of digesting granular coffee at University, he emerged as a Politics graduate with a little knowledge that was supposed to go a long way. Almost surviving employment in Secondary education, he now works as a freelance writer. With over twenty publications andnumerous articles on subjects he knows nothing about, Pete still enjoys playing jazz and blues wherever he can find an audience. 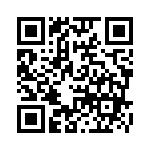