David Feldman, MD, is Emeritus Professor of Medicine (Active) at Stanford University School of Medicine where he has been on the faculty since 1974. He has been a full professor since 1984 and was chief of the Endocrinology Division for 10 years. His laboratory studies the role of steroid hormone receptors, particularly the vitamin D receptor, and its mechanism of action. His current major research focus is hormone-dependent cancer including breast cancer and prostate cancer and the pathways by which vitamin D inhibits cancer growth. Professor Feldman is actively involved in both basic science approaches to the anti-cancer actions of vitamin D as well as to clinical trials studying the use of vitamin D in breast and prostate cancer. Professor Feldman was recently honored with an award for a Career of Outstanding Contributions to Vitamin D Research. He has authored over 290 medical research articles, reviews, editorials, and book chapters. In addition to being a co-editor of all four editions of OSTEOPOROSIS, he is the editor-in-chief of Vitamin D, just published in its third edition.

Dr. Pike’s laboratory is focused on the molecular mechanisms whereby vitamin D, the sex steroids, and other systemic hormones regulate the production as well as cellular activity of bone-forming osteoblasts and bone-resorbing osteoclasts. A long-term area of interest has been in the actions of vitamin D. His laboratory has shown that these actions are mediated by a specific receptor that is localized to the nucleus of target cells and which functions as a transcription factor following activation by its hormonal vitamin D ligand. This research led to the molecular cloning of this factor and elucidation of its regulation and mechanism of action. 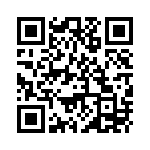