This was just way too drawn out. I read the abridged version, and I still thought 2/3 of it was way too wordy. If building suspense was the plan, they overdid it and took it into "I don't care anymore" instead. But, the middle third of the book was good! Read full review

One of the best books I've ever read. Richardson has a genius for the portrayal of his characters' realities and sentiments. It used to be one of the most widely read novels too, but has declined in popularity because of its length. I recommend this book to anyone interested in Victorian literature, feminism, the novel, or the experience of reading a riveting book with brilliant characters.

Samuel Richardson was born in Derbyshire in 1689, the son of a London joiner. He received little formal education and in 1707 was apprenticed to a printer in the capital. Thirteen years later he set up for himself as a stationer and printer and became one of the leading figures in the London trade. As a printer his output included political writing, such as the Tory periodical The True Briton, the newspapers, Daily Journal (1736-7) and Daily Gazeteer (1738), together with twenty-six volumes of the Journals of the House of Commons and general law printing. He was twice married and had twelve children.

His literary career began when two booksellers proposed that he should compile a volume of model letters for unskilled letter writers. While preparing this Richardson became fascinated by the project, and a small sequence of letters from a daughter in service, asking her father's advice when threatened by her master's advances, formed the germ of Pamela; or, Virtue Rewarded (1740-41). Pamela was a huge success and became something of a cult novel. By May 1741 it reached a fourth edition and was dramatized in Italy by Goldoni, as well as in England. His masterpiece, Clarissa or, the History of a Young Lady, one of the greatest European novels, was published in 1747-8. Richardson's last novel, The History of Sir Charles Grandison, appeared in 1753-4. His writings brought him great personal acclaim and a coterie of devoted admirers who liked to discuss with him the moral aspects of the action in the novels. Samuel Richardson died in 1761 and is buried in St Bride's Church, London. 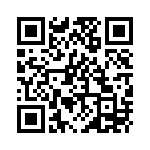