Stephen J. Shoemaker is Professor of Religious Studies at the University of Oregon and author of The Death of a Prophet: The End of Muhammad's Life and the Beginnings of Islam, also available from the University of Pennsylvania Press. 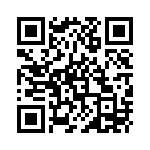