BEVERLY CRAWFORD is Associate Director of the Institute of European Studies at the University of California, Berkeley. She has written extensively on topics such as ethnic conflict, American foreign policy, European politics, German foreign policy, technology transfer policy, and post-communist transitions. She is also the author of Economic Vulnerability in International Relations and German Power and Foreign Policy. She teaches International Political Economy and American Foreign Policy in International and Area Studies at the University of California Berkeley.

Ronnie D. Lipschutz is Professor of Politics and Codirector of the Center for Global, International, and Regional Studies at the University of California-Santa Cruz. His primary areas of research, writing, and teaching include international politics, global environmental affairs, U.S. foreign policy, empire and religion, globalization, international regulation, technology and public policy, and film, fiction, and politics. 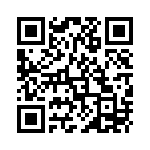