Having read (and loved) his Swords series, I was prepared for the over-the-top narrations, but I was totally unprepared for the diversity Leiber can summon up; the degenerate gambler; the young ... Read full review

I'm going to have to be more watchful on what I buy from Amazon on the Kindle. I enjoyed this, even though half the stories were ones I'd read, since there was a story or two that I had not. Fritz ... Read full review

Fritz Reuter Leiber Jr. was born December 24, 1910, the son of a notable Shakespearean actor. He was a graduate of the University of Chicago where he had majored in psychology and physiology, and also attended Episcopal General Theological Seminary. Leiber was an Episcopal Minister from 1932 to 1933, but was encouraged to join his father's company, and toured with him in 1934, leaving two years later when he married in 1936. Leiber became an Editor with Consolidated Book Publishers in Chicago from 1937 to 1941. He was a Speech and Drama Instructor at Occidental College in Los Angeles from 1941 to 1942, a Precision Inspector at Douglas Air Craft Company, Santa Monica from 1942 to 1944, an Associate Editor for Science Digest Magazine from 1944 to 1956, and a Freelance Writer from 1956 to1992. Leiber's interest in writing came from correspondences with a a close college friend, Harry Fischer. Together they developed alter ego characters: Nordic Fafhrd a tall gangly limbed individual from 'the North' - based on Leiber, and the effervescent Grey Mouser - based on Fischer. Leiber first featured the characters in a story, "Adepts Gambit". The story was rejected, but the two characters reappeared in his first published story "Two Sought Adventure", which was published in Unknown magazine John W Campbell, of Astounding Science Fiction was Leiber's first editor. Leiber's first major work as an SF author came with his novel Gather, Darkness! in 1943, concerning the overthrow of a religious dictatorship. An anthology, Ill Met in Lankhmar, published in 1970, received the Hugo science fiction award. Leiber also received a Life Award for his contribution to his field, presented at the Second World Fantasy Convention. He regularly contributed a column to the SF trade magazine, Locus. Leiber was a member of the Science Fiction Writers of America, and a Lecturer for Science Fiction and Fantasy Workshops at Clarion State College and San Francisco State University. In his lifetime, Leiber won 7 Hugo Awards and a Hugo Grandmaster of Fantasy Award , 2 Nebula Awards and a Nebula Grandmaster Award, an August Derleth Award, 3 World Fantasy and one British Fantasy Awards, a Clark Ashton Award, a Balrog Award, a Locus Award, 3 Gigamesh Awards, an Anne Radcliffe Award, a University of Chicago Proffesional Achievemant Citation, and a Bram Stoker Life Achievement Award. He was also nominated for 7 other Nebula Awards, as well as 4 Lovecraft's and one Second Stage Lensman at Moscon. Leiber has appeared in television, film, on radio and in theater, and has written over 40 books. Fritz Leiber died September 5, 1992 at the age of 81.

Jonathan Strahan was born in 1964 in Belfast, Northern Ireland. He is an editor and publisher of science fiction. His family moved to Perth, Western Australia in 1968, and he graduated from the University of Western Australia with a Bachelor of Arts in 1986. In 1990 he co-founded Eidolon: The Journal of Australian Science Fiction and Fantasy, and worked on it as co-editor and co-publisher until 1999. He was also co-publisher of Eidolon Books which published Robin Pen's The Secret Life of Rubber-Suit Monsters, Howard Waldrop's Going Home Again, Storm Constantine's The Thorn Boy, and Terry Dowling's Blackwater Days. In 2015 he was nominated in the editor and anthology categories for the Locus Awards with the title Reach for Infinity. In 2018, he won the 2017 Aurealis Awards for the best Australian anthology for his book, Infinity Wars. 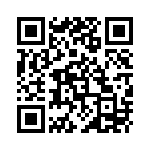