Richard D. Heffner received his A.B. and M.A. from Columbia University and has taught history and political science at the University of California, Sarah Lawrence College, and the New School for Social Research. He has been University Professor of Communications and Public Policy at Rutgers since 1964. Mr. Heffner also produces and moderates his prize-winning weekly public television series, The Open Mind, and for twenty years was Chairman of the motion picture industry's film rating system. In addition to Democracy in America, Mr. Heffner is the editor of the Mentor book A Documentary History of the United States. 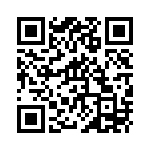