Anton Weiss-Wendt heads the research department at the Center for the Study of the Holocaust and Religious Minorities in Oslo, Norway. He is the author of Murder Without Hatred: Estonians and the Holocaust (2009) and Small-Town Russia: Childhood Memories of the Final Soviet Decade (2010), and the editor of The Nazi Genocide of the Gypsies: Reevaluation and Commemoration (forthcoming). 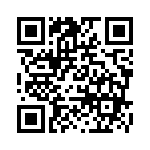