Liquid history: the Thames through time

Stephen Croad, after reading the History of European Art at the Courtauld Institute of Art, joined the staff of the National Monuments Record in 1968, becoming Head of the architectural record in 1981. He was elected a Fellow of the Society of Antiquaries in 1990 and of the Royal Geographical Society in 2000. 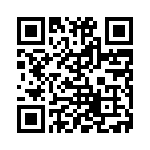