A worthwhile, if anti-climactic read. Stoker slowly built up the tension to the moment of crisis, then let it fall flat on the final page. I do think there should be some reward for the diligent ... Read full review

Considered the bases for the classical Mummy myth, this short novella by Bram Stoker takes advantage of the Egypt-mania that swarmed the Western world in the later parts of the 1800s. Told from the ... Read full review

Abraham Stoker was born in Dublin on 8 November 1847. He graduated in Mathematics from Trinity College, Dublin in 1867 and then worked as a civil servant. In 1878 he married Florence Balcombe. He later moved to London and became business manager of his friend Henry Irving's Lyceum Theatre. He wrote several sensational novels including novelsThe Snake's Pass(1890), Dracula(1897), The Jewel of Seven Stars(1903), and The Lair of the White Worm(1911). Bram Stoker died on 20 April 1912 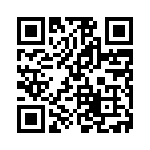