Being good at math often goes along with being regarded in that certain way by others. Sometimes it might be admiration, more likely people wonder how anyone can be good at math and why anyone would ... Read full review

Matt Parker is a stand-up comedian and mathematician. He writes about math for The Guardian, has a math column in The Telegraph, is a regular panelist on Radio 4's The Infinite Monkey Cage, has appeared in and worked on Five Greatest on the Discovery Channel, and has performed his math stand-up routines in front of audiences of thousands. 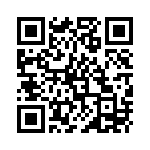