In "The Double V", Rawn James Jr. provides an excellent concise history of the struggle to racially integrate the armed forces of the United States. He notes that Crispus Attucks, a free man of color ... Read full review

This book does a workmanlike job telling of the awful discrimination blacks endured in World War On and, somewhat surprisinly, things had improved very little when World War II came aroung. But blacks ... Read full review

A graduate of Yale University and Duke University School of Law, Rawn James, Jr., has practiced law for a decade in Washington, D.C., where he lives with his wife and their children. 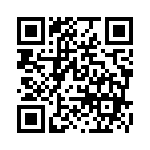