Wang, professor of logic at Rockefeller University, was personally acquainted with Godel in his last years, and relies on recollected conversations as well as published and unpublished material in ... Read full review

Hao Wang is Professor of Logic at The Rockefeller University and author of scores of articles and several books on logic, computers, and philosophy, including From Mathematics to Philosophy (extensively discussed with Gödel and containing contributions by him) and Beyond Analytic Philosophy: Doing Justice to What We Know (MIT Press Bradford Books). He is currently preparing a companion volume, Conversations with Kurt Gödel which will concentrate on Gödel's unpublished ideas. 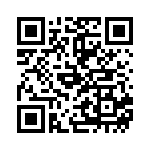