Dr. Ryan Perry [introduction] is senior lecturer in medieval literature at the University of Kent at Canterbury, where he has lived since moving from Queen’s University Belfast in 2011. He is a specialist in Middle English textual and manuscript cultures, and has published widely on Chaucer, on religious literature in the vernacular, and on the production of English medieval chronicles. His research focuses on the situation of texts within their material contexts; that is, within the hand-made books produced, patronised and read by medieval consumers, particularly the ways in which the people who read (and heard) Middle English texts may have responded to them, what meanings literature held for contemporary audiences, and what the books that carried these texts tell us about literary reception.

Geoffrey Chaucer (c. 1343–1400), born in London, England, is often considered the greatest English poet of the middle ages and the ‘father of English literature’. Throughout his life, Chaucer maintained a successful career in the civil service, including roles as a noblewoman’s page, a courtier and a diplomat, and later achieved fame for his extensive body of poetry and philosophy. Perhaps the best known of these is his unfinished work The Canterbury Tales, a collection of stories told by 24 fictional pilgrims in a story-telling competition as they journey to Canterbury to visit the shrine of Saint Thomas Becket. 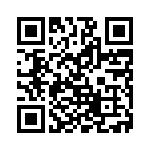