Damir Skenderovic is Associate Professor of Contemporary History at the University of Fribourg. Previously, he was a Visiting Scholar at the Center for European Studies at New York University. His recent publications focus on the radical right, identity politics, migration, and 1968 in Western Europe, with a particular emphasis on Switzerland. 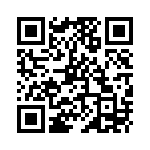