Durrenmatt was born near Bern, Switzerland, the son of a Protestant clergyman. He studied philosophy and theology and originally planned to become a painter. "All of a sudden," he has said, "I began to write, and I just had no time to finish my University degree." He has called his first play, It Is Written (1947), "a wild story of Anabaptists during the Reformation." When it was first produced in Zurich, it caused a minor theatrical scandal because of its somewhat unorthodox sentiments. The Marriage of Mr. Mississippi, his first successful comedy, was produced in Munich in 1952 and, as adapted by Maximillian Slater with the title Fools are Passing Through, had a brief off-Broadway production in 1958. With this play he became established as one of the most popular European dramatists writing in German. His seventh play, The Visit (1956), which starred Alfred Lunt and Lynn Fontanne on Broadway, received the N.Y. Drama Critics Circle Award in 1959. Brooks Atkinson called it "devastating. A bold, grisly drama of negativism and genius. 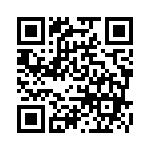