Susan Bennett is University Professor in the Department of English at the University of Calgary, Canada. Her interest in contemporary performances of Shakespeare's plays dates back to her 1996 monograph Performing Nostalgia: Shifting Shakespeare and the Contemporary Past. Her latest book is Theatre and Museums (2013). A current research project is concerned with the circulation of performance in global markets where Shakespeare, not surprisingly, is a premium brand. She hopes to see some of the Globe to Globe Festival performances again at different international venues and with other audiences.

Christie Carson is Reader in Shakespeare and Performance in the Department of English at Royal Holloway, University of London. She is co-editor of The Cambridge King Lear CD-ROM: Text and Performance Archive (2000) and the Principal Investigator of the AHRB-funded research project Designing Shakespeare: An Audio-Visual Archive, 1960-2000. She has published widely on the subject of contemporary performance and co-edited Shakespeare's Globe: A Theatrical Experiment with Farah Karim-Cooper (2008) and Shakespeare in Stages: New Theatre Histories (2010) with Christine Dymkowski. She hopes to continue to document international gatherings of this kind from a vantage point that takes in both the onstage action and the audience response. 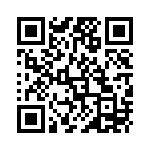