I really enjoyed reading this book. I am new to Veganism, and I love learning information about the meat industry and the lies that are told to us about the safety of the foods we consume. I know that this book says its a guide for black women...but this is a book that any and everyone can read. I did not know that much about how we as food consumers have been hoodwinked by the food industry before reading this book. Also, it is a very easy read...enjoy!

Tracye Lynn McQuirter, MPH, is an African American nutritionist and a 20-year vegan who leads world-wide seminars on vegan nutrition. She is the founding director of the nation's first federally funded vegan nutrition program and has been involved in legislation for vegan rights. The founder of the Black Vegetarian Society of New York, she has been featured in dozens of magazines, including Black Press USA, Ebony, Essence, and the Washington Post. She also is a contributing writer for Heart and Soul -- the largest health and fitness magazine for African American women. She lives in Washington, DC. 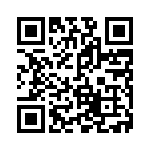