Vayos Liapis is Professor of Ancient Theatre and its Reception at the Open University of Cyprus. His latest book is A Commentary on the 'Rhesus' Attributed to Euripides (2011). He is currently co-editing Adapting Greek Tragedy (Cambridge, forthcoming).

Antonis K. Petrides is Associate Professor of Classics at the Open University of Cyprus. He is the author of Menander, New Comedy and the Visual (Cambridge, 2014) and the co-editor of New Perspectives on Postclassical Comedy (2010). He is currently preparing a new critical edition and commentary on Menander's Dyskolos. 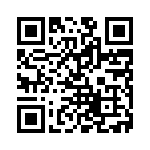