Meili Steele teaches English and comparative literature at the University of South Carolina. In addition to publishing in journals of critical theory, philosophy, and literature, he has written two books, Realism and the Drama of Reference and Theorizing Textual Subjects. 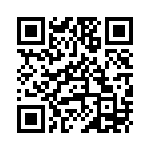