James T. Patterson is an American historian, and Ford Foundation Professor of History emeritus at Brown University. He wrote "Grand Expectations: the United States, 1945-1974," which received the 1997 Bancroft Prize in American history. (The Bancroft prize is one of the most prestigious honors a book of history can received and was established at Columbia University in 1948. It's considered to be on par with the Pulitzer Prize because an anonymous jury of peers judges it.) "Grand Expectations" is an interpretation of the explosive growth, high expectations and unusual optimism that Americans experienced after World War II that went into the 1960's. It follows the social, economic and cultural trends, and foreign policy issues, which became less optimistic after the assassinations, the Vietnam War and Watergate. 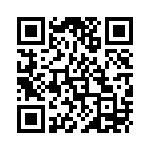