Read chapters 7 [1891-1893; probably the most important years for the Tahitian project] and 8 [1893-1903] of SPIRITUAL WISDOM to authenticate a Gaugin painting [Arcarea] and got involved in Maurer's prose and arguments.

Paul Gauguin, together with Vincent Van Gogh and Paul Cezanne, was one of the great masters of postimpressionism. His life story, prototypical of the artist-rebel, was the subject of films and novels, such as The Moon and Sixpence by W. Somerset Maugham. Born in Paris, Gauguin spent his youth with his mother's family in Peru and went to sea as a 16-year-old. He then became a stockbroker in Paris, painting only in his spare time. His early paintings were in the impressionist style. In 1883 he broke with his bourgeois life and eventually separated from his family. In 1888 he visited Van Gogh in Arles---with disastrous results. In 1891 he went to Tahiti. Apart from a short return to Paris, he spent the rest of his life in the South Sea Islands, suffering from poverty, poor health, and recurring struggles with the colonial authorities. In his art, Gauguin sought to return to nature and truth. Inspired by the islanders, among whom he was living, he covered his canvases with stark forms, rhythmic patterns, and strong color, going far beyond naturalistic representation. Through this, his influence on modern art was powerful. His book Noa Noa (1894--1900) is a moving account of his thoughts and life. 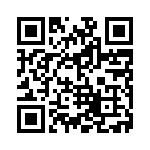