Richard Coggins (1929 2017) was one of the most respected Old Testament scholars based at the Department of Theology, Kings College London. He was a past President of the Society for Old Testament Study and co-author with J. L. Houlden of the ground-breaking Dictionary of Biblical Interpretation (1992). He authored numerous works including Introducing the Old Testament (2001).

Jin H. Han is Professor of Biblical Studies at New York Theological Seminary, New York, where he has taught Old Testament and biblical Hebrew since 1992. He is an ordained minister of the Presbyterian Church (USA). He is the author of Daniel's Spiel: Apocalyptic Literacy in the Book of Daniel (2007). He also serves as Editor-in-Chief of The Living Pulpit, an online journal. 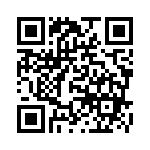