Gabriela Mistral was the pseudonym of Lucila Godoy Alcayaga born in Chile in 1889. She is a Chilean poet, educator, diplomat, and feminist who was the first Latin American to win the Nobel Prize in Literature, in 1945. In 1904 Mistral published some early poems, such as Ensońaciones ("Dreams"), Carta Íntima ("Intimate Letter") and Junto al Mar, in the local newspaper El Coquimbo. An important moment of formal recognition came on December 22, 1914, when Mistral was awarded first prize in a national literary contest Juegos Florales in Santiago(the capital of Chile), with the work Sonetos de la Muerte (Sonnets of Death). In 1922 she published Desolación in New York, which further promoted her international acclaim. A year later she published Lecturas para Mujeres (Readings for Women), a text in prose and verse that celebrates Latin America from the Americanist perspective. The poet's second major volume of poetry, Tala, appeared in 1938, published in Buenos Aires with the help of longtime friend and correspondent Victoria Ocampo. This volume includes many poems celebrating the customs and folklore of Latin America. During the last years of her life she made her home in the town of Roslyn, New York; in early January 1957 she transferred to Hempstead, New York, where she died from pancreatic cancer on January 10, 1957, aged 67.

Arguably one of the canonical writers of American science fiction, Ursula K. Le Guin was born in Berkeley, Calif., in 1929, the daughter of Alfred L. and Theodora Kroeber. After earning an A.B. degree from Radcliffe College and an A.M. from Columbia University, Le Guin was awarded a Fulbright fellowship in 1953. The genre formerly classified as 'science fiction' has become divided into sub-genres, such as fantasy, realistic fiction, alternative history, and other categories. Le Guin resists classifying her own work in any one area, saying that some of it may be called 'science fiction', while other writings may be considered 'realist' and still others 'magical realism' (her term). Le Guin is one of the few writers whose works (which include poetry and short fiction) can be found in public libraries' collections for children, young adults, and adults. Le Guin's published works include a novel, A Wizard of Earthsea, that won an American Library Association Notable Book citation, a Horn Book Honor List citation, and the Lewis Carroll Shelf Award in 1979. She has been nominated several times for the Nebula Award and the Hugo Award--the highest honors in science fiction/fantasy writing--and has won both awards. Her Earthsea Trilogy is a mainstay of libraries' fantasy fiction collections. Le Guin married Charles Alfred Le Guin on December 22, 1953. They live in Portland, Ore. 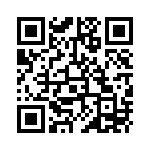