1 page matching faith in this book

Judith Ortiz Cofer was born in Puerto Rico in 1952. She was a Franklin Professor of English and creative writing at the University of Georgia from 1984 until she retired in 2013. She was also a poet and author. Her collections of poetry include Terms of Survival, Reaching for the Mainland, and A Love Story Beginning in Spanish: Poems. Her novels include Call Me Maria, The Meaning of Consuelo, and The Line of the Sun. She won an O. Henry Prize for the story A Latin Deli, which appeared in The Latin Deli: Prose and Poetry. Her other books include Silent Dancing: A Partial Remembrance of a Puerto Rican Childhood, An Island Like You: Stories of the Barrio, If I Could Fly, and Woman in Front of the Sun: On Becoming a Writer. She died from cancer on December 30, 2016 at the age of 64. 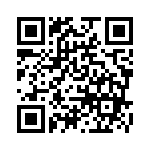