The main character is travelling from England to America, and in his letters home details ship life and his fellow passengers. I tried to read this several times, but just couldn't get into it. I'm just too tired of self-satisfied, naive prigs. Read full review

"Rites of Passage," a book by William Golding, is a narrative, written in a journal, by a snobbish passenger. It takes place on an outdated warship on the way to Australia around 1812. The story deals ... Read full review 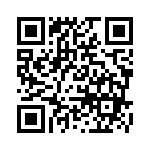