Roza El-Eini was an undergraduate at University College and the School of Oriental and African Studies, London University, gaining a B.Sc. (Hons); and has an M.Litt. from the Faculty of Modern History, Middle East Centre, St Anthony's College, Oxford University; and a PhD. from the Hebrew University of Jerusalem. Her PhD. was awarded First Prize in a National competition in Israel for the year 2000 by the Dr Aharon and Advocate Josef Ben-Shamesh Fund. Dr El-Eini is a Fellow of the Royal Historical Society. 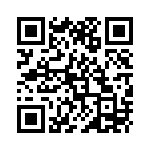